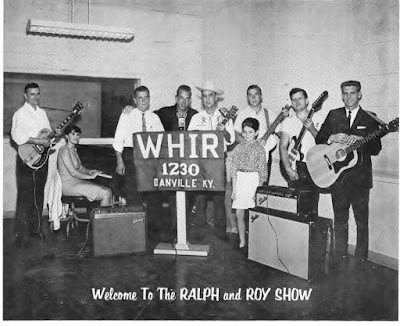 If you should be from the Boyle County area in the fifties and sixties, then you probably remember Ralph McKee and Roy Cunningham. Below is a YouTube presentation I put together of their last show back in 1968. Thanks to Ralph's daughter Doloros McKee for sending me this historic broadcast! This was their last broadcast. Ralph died a short time later, but make no mistake, he is remembered well to this day by the folks in Boyle County KY., as well as many other areas of Kentucky!

Ralph & Roy often hosted a Saturday night show at the Danville KY State theater back in the fifties and sixties. It was an armature/open mic kind of show. There were many there including Clarence and Jimmy Walls,  Earl Vanhook, Tommy Long and many others! It was a great small town show where everyone regardless of their talent level had a great time. Kids dancing in the isle and down in front of the stage! It was a real down home knee slapping shindig! One young man that was there regularly and often won the contest was Carlos Toadvine,  later to be known as Little Enis! Carlos was a great entertainer. I have a page about Carlos on this site. So why not pay him a visit for some great music and photos, as well as some great stories others have told about him. Just click on his name in the right side bar on this site.

Now why not rare back and enjoy a good half hour of The Ralph & Roy show?!
Just click below. Also not there's more music tracks below for you to enjoy!


Below are some single tracks from Ralph, with "Barbados Bells Were Ringing" being sang by Roy Cunningham. A great big thanks to Ronnie Coffman of Danville KY for sending me the titles to these tracks, as I wasn't sure about them! Thanks, Ronnie! 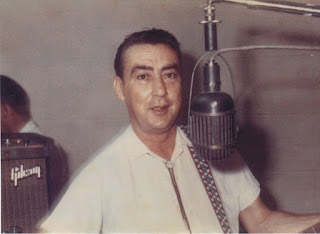 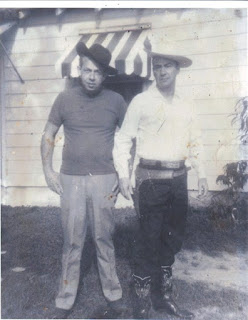 Photos and radio show courtesy of Doloros McKee
YouTube video and this page by yours truly,
Gary Carico

Posted by Gary Carico at 5:05 PM No comments:

A little slide show I made using some SW Florida photos to go with Gary's Shell Factory Billboard Blues.
Just click on arrow to watch slide show and hear song!

Now who else but Gary Link could have talked then Sheriff Frank Wanicka (in suit) to pose for this record album?
More of Gary's music listed below, but first a little about the singer and our relationship.

Back in 1980, Fort Myers Florida recording artist Gary Link recorded a song titled "Shell Factory Billboard Blues". It was a humorous song about a man running from a gambling debt, and he just keeps on seeing that same old sign....The Shell Factory! Though I wasn't running from the law, I remember when I moved to Florida in 1962, I just couldn't get over how many of those billboards were scattered around the state.


My wife Debbie and I had the pleasure of being business neighbors of Gary's back in the early 1980s. Gary had a recording studio, and I had a photo studio next to him. My wife also had a beauty salon a couple of doors down.

While Gary wasn't actually a country artist, he did do some country flavored songs. As for "Shell Factory", well I'm not sure what the genre of the song is, but it really doesn't matter. The fact is it's a funny song that touched the hearts of many folks in the Southwest Florida Area. I think it made the folks at the world famous Shell Factory pretty happy too!

Gary was a very talented singer, writer and piano player. Sadly we lost him much too early. He died in a auto accident in 1986. He was only 48 years old.

Give a listen to Gary's version of Shell Factory Billboard Blues. This is a good song for anyone. But for those who live in, or have visited the Fort Myers Florida area, it will have a special meaning for you, just as it always has for me. 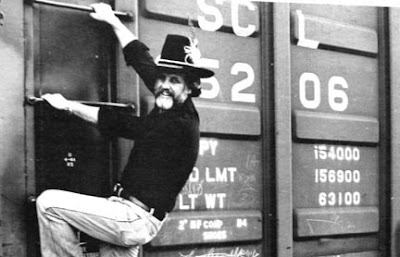 More info, photos, fan and friend comments below, but first how about a few songs from Gary? Just give songs time to load, then click on title to listen in the MP3 format.

In the mean time, please feel free to sign the guestbook so folks will know you were here! Or leave a message in the space below!