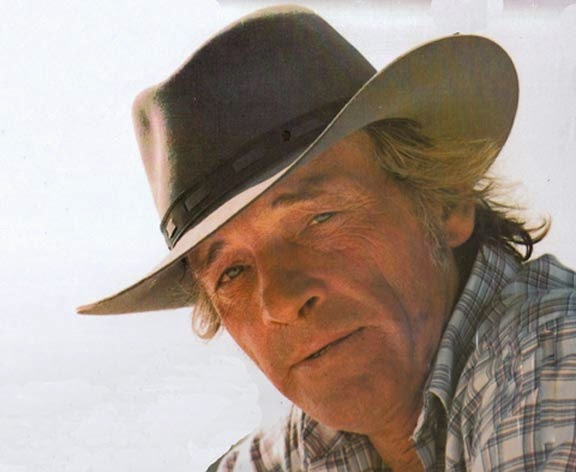 I first met Sam in 1963 at a little bar named “The Riverside Kozy Kitchen", located between Okeechobee and Sebring Florida, very near Sam's home in Basinger!  He was there with just his guitar, picking and singing a few songs. After just a few minutes, I knew I was listening to one super talented wild man!  I learned that he also played at many of the honky tonks in South Florida. I would go listen to him every chance I got. Okay, so I wasn’t old enough to get into those bars, especially for the purpose of drinking. But remember, we’re talking about south Florida in 1963. There wasn’t many rules then, at least not enforced ones. But that has nothing to do with this here story anyhow! :)  In 1965, I moved to Fort Myers, and for a brief time, lost contact with Sam. But not for long, because one night in the Big Still lounge, to my surprise, there he was!

Sam was usually billed as a country act, and he could do you a mighty fine country song. Heck, he could even write you a great country song. But he was also a master of sound and a super guitar picker. He often enjoyed proving it with his highly wired rock and roll songs. Many said his music was sometimes too loud and that it overpowered his vocals. There was times I think that was probably true, but the fact is, Sam was a crowd pleaser, and just an all around nice guy . We lost Sam in 2000, and when we did, we lost a true honky tonk hero.  I lost contact with Sam several years before he died. My own health kept me out of the honky tonks, and I believe he was working away from the South Florida area. But make no mistake, I am proud to have known this super charged entertainer we called Sam Thompson!
Now rare back and listen to these great songs written and performed by Sam! But don't forget to keep scrolling for some great photos and comments from some mighty fine folks who knew Sam!

Please take a moment to sign the guestbook or leave a comment at bottom of page so I and others will know you've been here. Thanks! 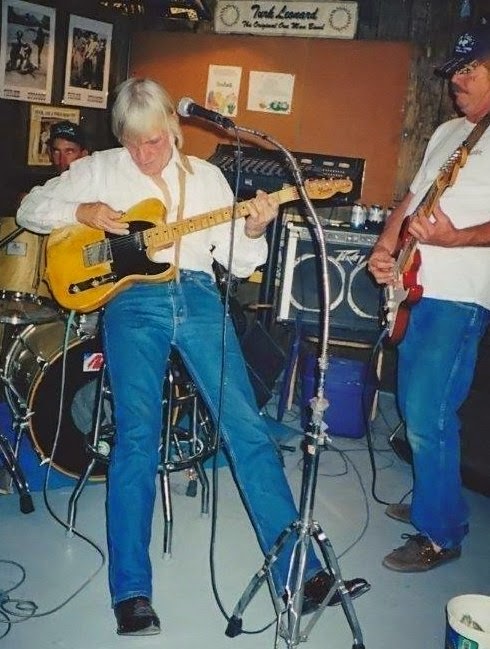 What some mighty fine folks have said about Sam!

Gary,
I had the pleasure of meeting Sam at the Empire Lounge. He was playing with a lady and a darn good singer herself, Elaine Christensen! She was married to a friend of mine Rick Titus. We went back to their place, and I think Sam played and picked all nite long!


Gary
Sam Tohmpson was like cool hand Luke with a bit of Clint Walker mixed in! He used to **** other musicians off sometimes, especially if they weren't used to him. He never had a set list and he never had a set length, LOL. He might play two hours straight without a break and that would sometimes make some musicians upset because they were used to 45 on 15 off, but Sam played for the people and once he got momentum, he kept up the pace! He would go from one song to the next and you never knew what was next. The first Time we played with him he walked on stage and started playing and we just had to jump in and hold on for dear life, and that was one of the things that made him so great. I miss him .
Ray Highsmith jr. 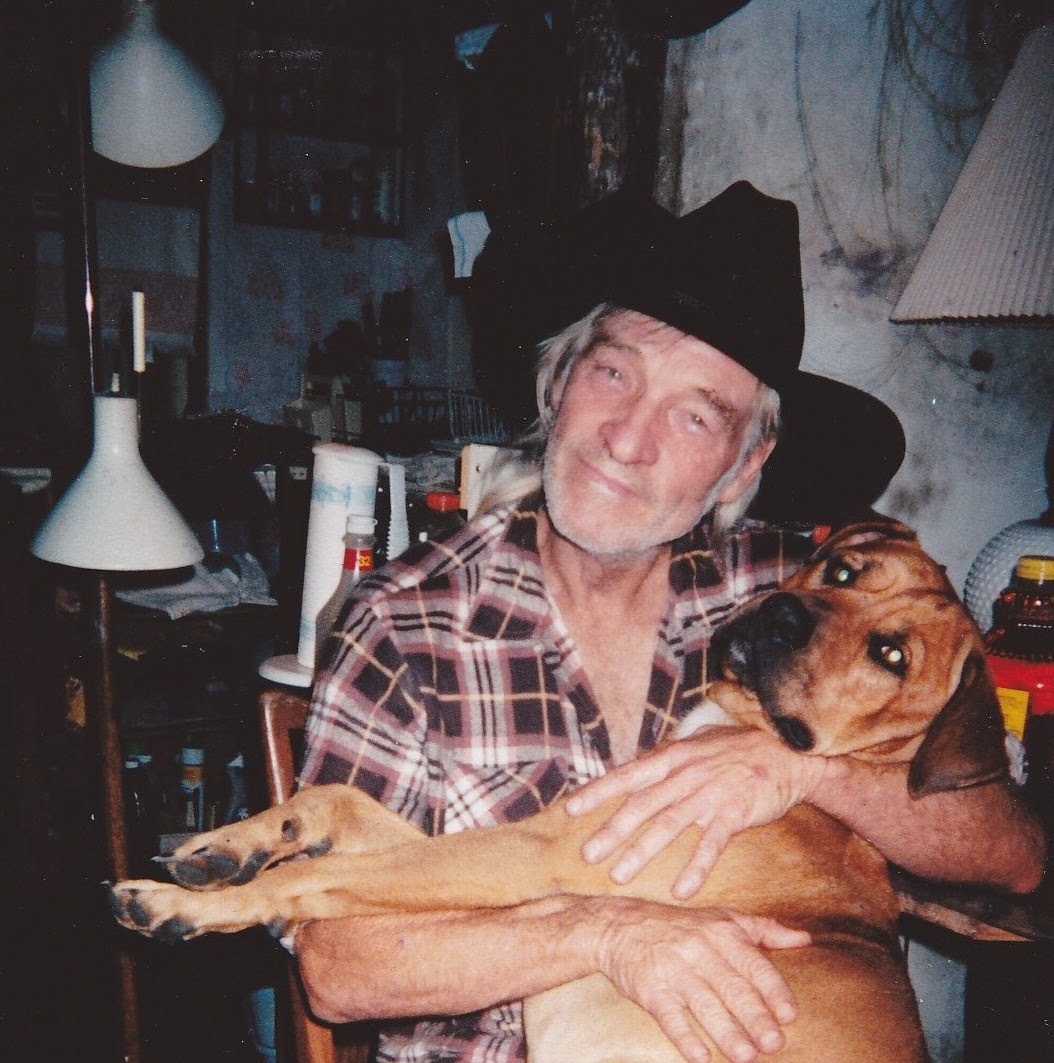 Gary,
I just wanted to say Thank you. My name is Joe Thompson and Brother name is Robert Thompson. We are Sam Thompson's Grandsons. We have been searching for Sam's songs for a long time. We were looking thourgh some old stuff of my parents and found one of the first record albums with his songs on it. Then we found your web site. My brother and I just wanted to say Thank you so much for having this web site to come listen to our grandpa.


Gary
I first met Sam in the early 70's'. I was playing drums around Ft.Myers and he was playing with Jose and Jim Short. He and Jose had a disagreement and parted company for a time. At that point Sam called to see if I would join the group. Would I? I jumped at the chance.
So began some of the best times of my life.
I.ve worked with a number of really good singers and Sam never took a back seat to any of them .Some of my favorite songs he did was GETTIN' BACK TO NORMA, I'VE BEEN A FOOL , AND ANYTHING BY GEORGE JONES AND ELVIS. I thought the world of Sam, and miss him just like everybody else.HE WAS FUNNY, SINCERE and an all round good man. And I'm proud to call him my friend.


From Sam's LP Songs Of The Oil Field.  Written by Alex Zanetis


Gary
I can tell ya what, Sam was a hoss. He always had a smile for everyone. I used to do Okeechobee On My Mind at jam sessions at the Big Still. I remember when he played at the fin and feather, the good spirits on 441, the empire, and the everglades bowling alley. He always drove an old thunderbird. It was ragged as a mango seed. We went to see Sam the night he opened for Chralie Louvin. He was bare foot and no shirt. He did Okeechobee On My Mind and left. What a hoot! 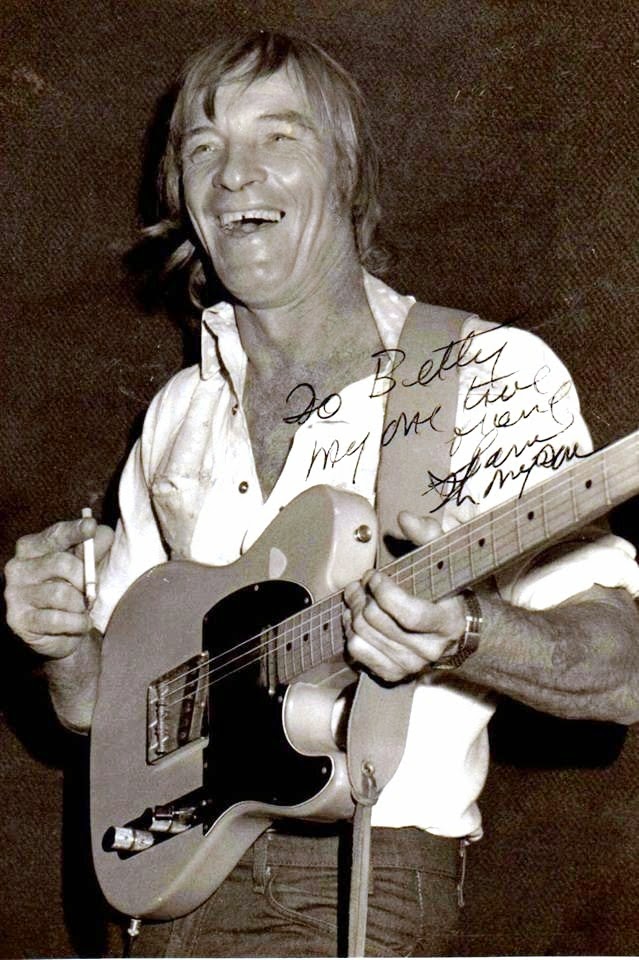 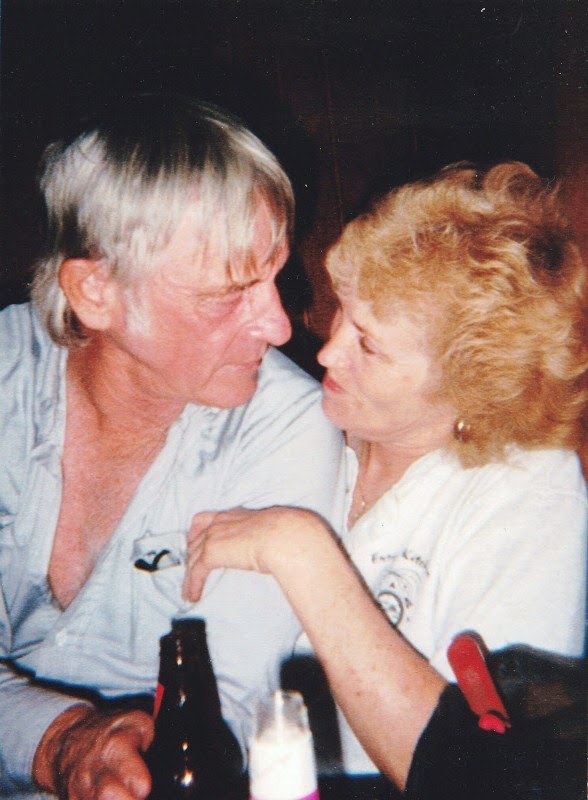 Gary,
Just out of the blue I decided to Google Sam Thompson.
I had been meaning to do it for a long time..I didn't know Sam had passed. I was privileged to have been in a band with Sam when I was young and he had a huge impact on me. He was lager than life on stage..and he had it all, a real natural.


In feb 2013 Sam's widow Marilyn Thompson and her friend Bobbie Conrad held a live tribute to Sam at the Top Draw lounge in Labelle, Fl. Musical host for the event was Miss Birdie Lee. A big thanks to these dedicated ladies and all who helped, as well as those who attended, for their work in paying tribute to Florida's honky tonk hero. Sorry Ole Gary couldn't make it!
Gary Carico

Note: I realize no profit from the music on these pages. They are from my personal collection and posted for educational purposes or maybe to just bring a smile or pleasant memory from the way it used to be!